Normally, when writing my blog, I think hard about which details to highlight in my post.   In this instance, Angela sent me a fabulous description, which I have posted in its entirety below, of how she and Andrew met and the influences and inspirations behind their wedding.  Such a carefully composed description really does reflect their personalities and special bond – a simple, rare elegance born of taste, intelligence and a refined understatement.   They are  not burdened with staid tradition, yet they have a clear respect for the importance of heritage.  And while they are certainly modern, they are thankfully not ready to forgo old-world  pleasures of the careful and deliberate.   To their great credit, there are few couples I know these days who delight in the charms of woven silks and for whom chestnuts present themselves as a mission.

Now that I have I have effused enough praise for the couple, I must turn to others equally worthy: their tiny 5 lb yorkie named Sophie and large 90 lb bouvier named Oberan.   Andrew’s dog Obi is a show dog and has been to Westminster.   It was so funny how Andrew related to me that Angela’s dog Sophie is just a pet store dog by comparison.  The differences in their size was absolutely hilarious.  I fell in love with Sophie and wanted so desperately to take her home to keep, but Angela seemed rather reluctant :)

We had a very interesting adventure together including heavy rain, traffic, and  a GPS error in the Rolls Royce, which left me only a few minutes for the portraits in rather inclement weather.    I had to rely on my trusty, well tested protective gear of a garbage bag on my head to shield myself and my equipment. It certainly was an interesting contrast to experience Blue Hill Farm this way, when the last time I shot there months ago, all was awash in sun. Needless to say, everything worked out well, and I certainly felt like I formed a special bond with Angela and Andrew through it all. For a couple who appreciates symbolism inherent in their wedding day, certainly there is great meaning in overcoming minor pitfalls with  grace and being stronger for it. 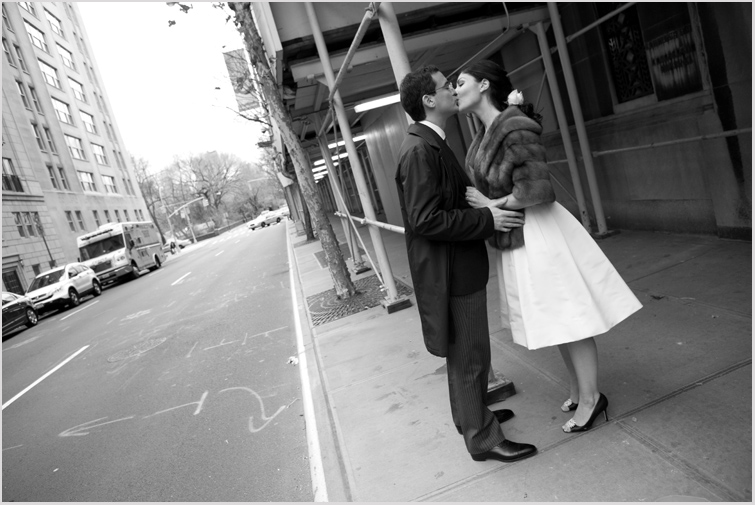 We actually met online but we also had several friends in common and, at the time, we worked at the same firm. Our first date was dim sum at Mandarin Court in Chinatown – Andrew was impressed that I was willing to try anything, and I was relieved that he loved food. We quickly realized that we had so much in common– food, dogs, Brooklyn and our love of all things Italian. I grew up a child of foodies. My parents owned a very well known gourmet market in New Haven, Connecticut. It began as a horse and cart when my father’s grandparents came from Italy to the US, became a produce stand and then over the years, a market. It was in business just over a 100 years at the time of its closing. Andrew has been an avid home chef and his first job in New York was at Murray’s Cheese in the Village. On our second date we made pickles (it was the summer), and we’ve been experimenting and enjoying food and life together ever since.

We wanted our wedding to reflect us as a couple. We choose Blue Hill because of the food and location. We love the farm to table movement and it’s emphasis on seasonal ingredients like the ones my father loved. The space is modern, thoughtful and warm – we thought this reflected us well. We didn’t really plan a theme. We just picked out things we thought were beautiful and meaningful, and incorporated them into the day. From the invitations to the place cards to our clothing, we were generally drawn to clean and classic design with a modern twist.

Andrew has been interested in bespoke tailoring for some time. He met with Tom Mahon, a well known bespoke tailor from England, in New York in April to discuss his ideas for the wedding suit. Andrew wanted to wear something classic but not black tie as we were planning a daytime wedding. Andrew and Tom decided on a “stroller” or a less formal take on traditional English morning dress; instead of the long morning coat, Andrew wore a regular length jacket. Tom suggested that Andrew travel to his workshop in Cumbria, England for an extra fitting. Andrew made a vacation out of it traveling to Scotland and Cumbria in July. He got to meet Tom’s fiance, Clare, who wore the same dress as me at their wedding in August. Tom and Andrew became friends over many beers in England and at a Yankee Game in New York in August. In November, Tom returned to New York and Andrew had a final fitting. Many of Andrew’s ideas for the suit came from this article, written by a historian of mens clothing. Andrew showed some of these pictures from the 1920s and 30s to Tom to come up with the design for the suit.

Andrew’s tie and pocket square were made by David Hober, an American expat who works in Thailand as a custom tiemaker. Andrew couldn’t find the design he was looking for in any of the department stores. He sent a few pictures to David who agreed to weave silks for Andrew’s tie. About 6 months later, David produced a line of wedding and formal silks and Andrew had a choice of about a dozen designs. Andrew chose the design that was closest to his vision. The design is a classic Macclesfield pattern worn with strollers.

Andrew’s shoes were classic oxfords made by Dean Girling in England. Andrew met Dean in New York at Leffot, a beautiful men’s boutique in the West Village.

Andrew’s shirt was made by Gene Athanasatos who runs a family owned custom shirtmaking shop in New York.

I took me a long time to choose my dress. I wanted something that was modern, free of beading and lace, all the extras of traditional wedding dresses and that reflected me as a person. I think in the end I got it right.  (Shira’s note: I have to add here a fun detail that Scarlett Johansson also wore the same fabulous dress)

We wanted to incorporate my heritage into the reception. We chose vintage Italian city postcards as table numbers. Additionally, we chose traditional bomboniera as favors – 5 jordan almonds representing health, wealth, fertility, happiness and longevity. The uneven number is considered lucky. It was my mission to get chestnuts into the wedding. My family loves chestnuts and we always have them to finish a family meal in the winter. Happily, Blue Hill suggested chestnut ravoli. We were thrilled. We also chose to serve Italian wine with each of the courses. Andrew worked with Blue Hill’s Wine Director on all the choices. We met one of the wine makers when we were in Italy last year – Sandrone.

I worked with Adrienne Berry at Dingbat Press to custom design our place cards and favor tags. We decided on an anenome pattern to reflect the bridal and table flowers and cake. Adrienne posted a piece on the place cards on her blog: blog.dingbatpress.com.

Jessie at Rountree Flowers was a joy to work with. I didn’t want our wedding to be christmasy or holiday themed. We decided on a color palette that was still reflective of the season. Andrew wanted a traditional carnation, so Jessie suggested a “flesh” colored carnation that was traditional but seldom worn anymore. I think the flowers were gorgeous. Sandy Clothier, Blue Hill’s in house florist did a great job as well.

Rabbi Posner, the rabbi that married us is the father of our very close friend, Rachel Posner. Rachel was also a witness for our ketubah.

We are so happy with all our vendors and everything turned out the way we had imagine (except for the car ride up that I’m trying to forget). Overall, we had a fabulous day.

Here is a sneak peak of some of their photos: 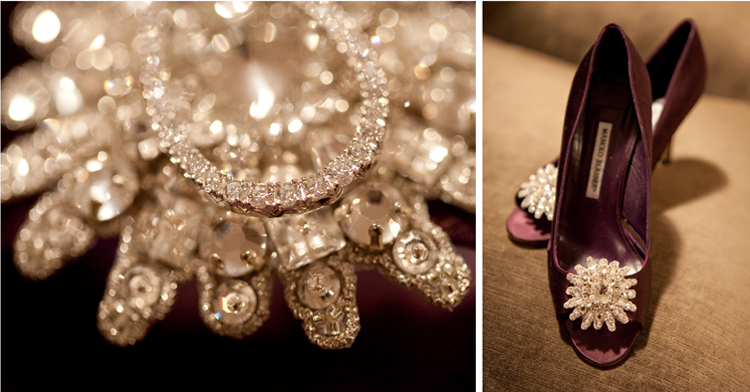 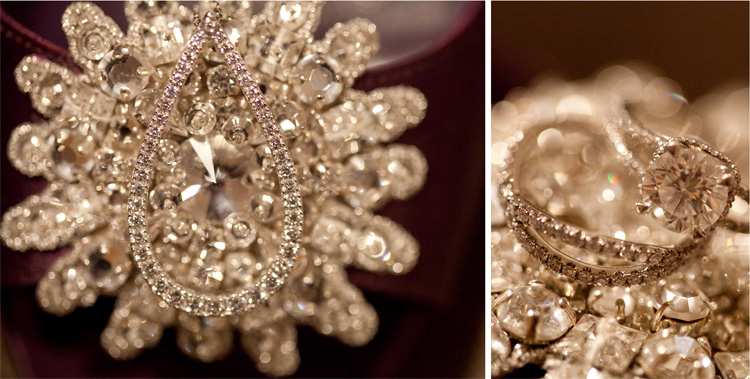