I have always been obsessed with bridal fashion- after all, it is always before my eyes and lenses. So, I thought I would write about some of the beautiful creations that I dream about photographing. Perhaps it will be of some interest to my brides and readers. I remember when I got married, the difficult process of picking the right dress and accessories. I didn’t know where to start from and had no vision in mind to guide my choice. I thought it will interest my readers & all the brides out there to see what feels and looks great but also photographs beautifully. 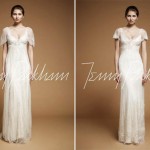 I recently shot a fashion shoot, styled by Merci NY and was incredibly inspired by the experience and on an emotional high for several days after. Shortly following that, another one of my brides-to-be, asked my opinion about her wedding dress and sent me to the website of I designer I love- Yolan Cris. This […] 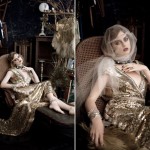 I know it’s not quite related to weddings, but I love the dresses that were used for this fashion shoot, especially the blush dress!  It can definitely also apply to weddings, as these outfits would make for incredible wedding fashion. As a photographer I adore the work of fashion photographer, Peter Lindbergh, who did this […] 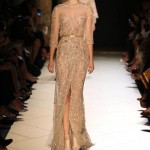 Elie Saab Lebanese designer Elie Saab has long been a leading name in haute couture in the Middle East, where his romantic, crystal-encrusted gowns attracted princesses to his Beirut atelier, opened in 1982 when he was just 18 years old. His ready-to-wear line, which launched in 1998 in Milan, heralds the same feminine aesthetic as […]

My Favorite Wedding Dresses for 2013 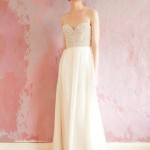