Update: I was so happy to receive this wonderful feedback from Nadya and Jordache:
“Hi Shira, Jordache and I just looked at the blog. We LOVE it!!!! The pictures are soooo great. I cant wait to show our families. Also, thank you so much for the sweet words! It really means a lot to us and it was such an amazing experience. We cant wait for the wedding! -Nadya

When I was holding my camera and taking pictures of Nadya & Jordache, I was amazed by their rapport with each other. These two bring out the best in each other, laughing freely and they look at each other in such a special way. I was even more amazed when they shared the story of how they met with me. It includes seeing each other for a a brief moment when they were seven years old and met through their parents. And then later at Nadya’s sixteenth birthday party when Jordache told his friend he was going to “date her someday.” And then four years later, seeing each other again by coincidence at Best Buy when Jordache asked “Excuse me, are you Nadya?”

The rest of the story includes a long distance relationship and a total of 8 1/2 years of being in love with each other. When I took the pictures, their love seemed so fresh, like they were dating for their first month. I’m always observing the type of love and the type of emotion and connections that people share with each other. When I saw how special their connection is, and I heard their story, I had to ask Nadya what keeps their relationship so fresh. They are getting married later this year at Gotham Hall in New York, and I’m very excited to shoot it! Nadya wrote a few words for me about how they keep it so fresh with their story so the best way is to have them tell it in their own words:

As strange as it sounds Jordache and I can’t actually remember the first time we met. My mother and his father went to dental school together and our families remained close throughout the years. I guess my first memory of him was when we were about 7 and he ran past me up the stairs when our parents met for brunch. We would have similar brief encounters through our childhood where we would only make eye contact for about 10 seconds when our parents were forcing us to say hello to each other. Then it was back to “you’re a boy” and “you’re a girl, so I’m ignoring you!” We didn’t see each other again until my sweet sixteen birthday party. Well, I actually barely remember him being there, but at the party, he told one of our mutual friends he was going to date me some day.
That day didn’t come for over 4 years. I was home from school for the summer doing cancer research and I really wanted to get a DVD that had just come out. I left work early and rushed to Best Buy. A few moments later I heard someone say “Excuse me, are you Nadya?”I looked up and saw Jordache with a big grin on his face. After chatting for a few minutes we exchanged numbers and talked on the phone a few times. Our first outing together was with a group of friends, and we really hit it off. After that, we went out frequently and he asked me to be his girlfriend the night before I went back to school in Tennessee for my junior year of college. I remember coming home and telling my mother we were going to get married some day!
We dated long distance while I was finishing up my degree at Vanderbilt University and he was obtaining his at Howard University in Washington, D.C. Although we were over 600 miles apart, one of us would travel to see the other almost every month. It was very difficult seeing all of my friends with their campus boyfriends, while I was always the fifth wheel on their dates. But on the bright side, Jordache and I never had the silly fights and repeated break ups that they did. We just grew stronger every time we saw each other. After graduation, I moved to Philadelphia to start medical school. Jordache was still attending Howard so we remained long distance for 3 more years until he finally moved to Philadelphia in 2007. After graduation, we moved to New York where I started my residency in general surgery and Jordache started working with a staffing agency. We got engaged a few months after moving.

Even after 7 and 1/2 years of dating, I still was totally surprised when Jordache proposed! It was the morning of New Years Eve and I had just gotten home after working for 27 hours straight. I was confused because Jordache had called me before I left work telling me to hurry home, but he wasn’t there when I came in. I was just getting comfy when he called and told me it was snowing and that I should come up to the roof to watch the snow. So I put on my sweat pants and puffy jacket and went up to the roof. When I opened the door I saw a path of pink rose petals in the snow. I followed them around the corner and there was Jordache, standing in a suit and tie with a dozen roses in hand.
At this point I thought he just wanted to surprise me with the flowers after a tough week at work, so I really didn’t think anything of it. He called me over and began to tell me how much he appreciated me and that he knew he had promised to propose before the end of the year, but he just didn’t have the money. Then he told me that he was proud to have me as his girlfriend and would be even prouder to have me as his wife. He then got down on one knee and pulled out the ring! Needless to say it was the perfect start to a new year.

How we Keep it Fresh

Although we have been dating for almost 8 ½ years now, it still feels like we are in the early days, where everything was exciting and new. I think this has to do with our light spirited personalities. Jordache and I are both pretty goofy people. We love to laugh and tease each other. There isn’t a day that goes by that we don’t crack each other up. I think being able to laugh together really keeps us in a positive place.
Because my job is so demanding and stressful, sometimes it is very hard for me to come home and instantly be upbeat and cheerful. But Jordache deserves the best of me, not what’s left over at the end of the day. I have to leave my baggage of the day at the door when I come home, and he becomes my soft place to fall. I have a routine that helps me unwind. It usually involves listening to some upbeat music on my walk home, then a relaxing hot shower. By then my frazzled nerves are calm and I can fully turn my attention to Jordache.
We also love experiencing new things, and living in New York City affords us endless possibilities. Whether it’s going to the movies, a play, a museum, or just sitting in the park and people watching, we are always excited to try something new together. We truly feel blessed to be able to see and experience the simplest things, like flying a kite in central park or watching a thunderstorm curled up on the couch together. These are the things that are so sweet in the beginning of a relationship, but become impractical as time goes on. We feel that those simple moments keep our relationship strong, because even if we lost everything, we would still get so much joy from doing absolutely nothing, together. The bottom line is that we don’t take each other for granted and we truly feel that there is no one more perfect for us than each other. 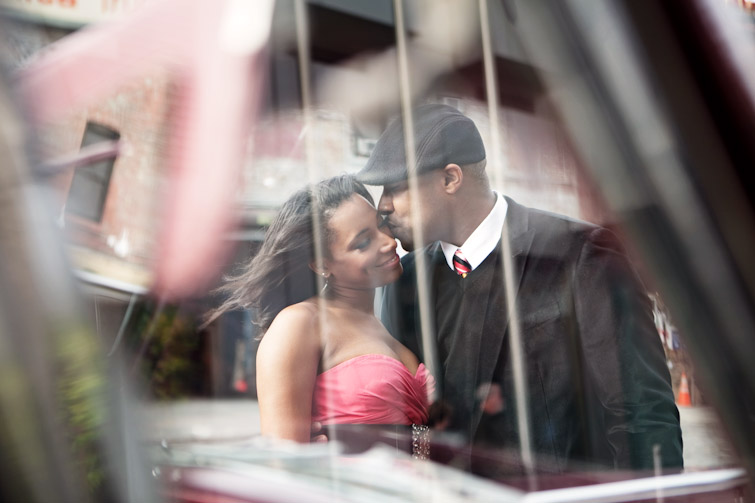 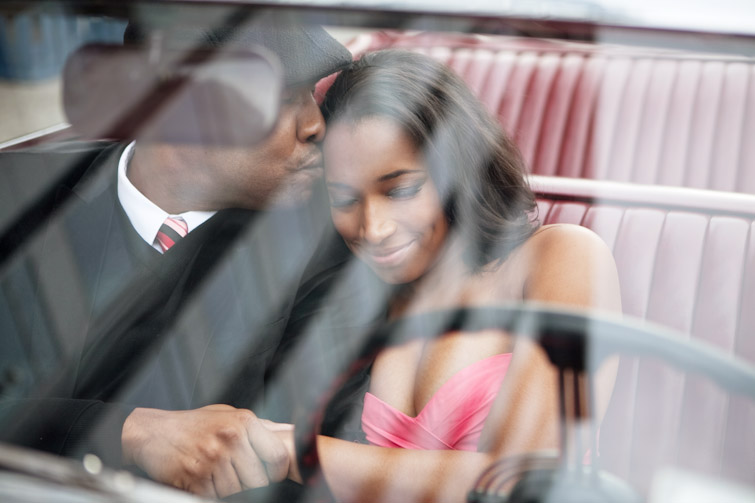 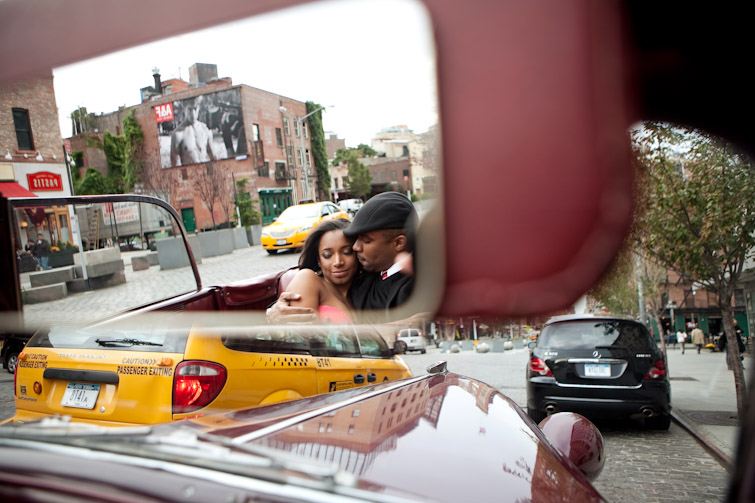 « AlbumsWhat to Wear for an Engagement Shoot »