A Few of My Favorite Wedding Venues in New York

Angel Orensanz is one of NYC’s liveliest wedding venues. Ever since Sarah Jessica Parker and Matthew Broderick’s weddng there in 1997, the former synagogue has become one of NYC’s most desirable wedding locations.

It is a marvel just to walk into this gothic 1849 synagogue in the Lower East Side, modeled after the Cathedral in Cologne. And its Beethoven inspired atmosphere, combined with the brilliant and luminous work of the lighting designers, make it an absolute pleasure to shoot there. The interior is exquisite, and while the space is imbued with a spirituality and holiness befitting a Synagogue,  it is also permeated by a restless and dynamic creativity that I find mirrors the personalities of the couples that choose, under its vaulted sanctuary, to get married there.

Besides the stunning cathedral inspired architecture, one can only feel that this building possesses a soul. It has undergone many transformations through the decades from its 19th century original use as a congregation for immigrant German Jews, then mirroring the changing tides of immigrants to become the first Hungarian Congregation. It weathered vicissitudes by the 1970s when it was abandoned and vandalized, and finally restored to its present glory by the well known Spanish sculptor and painter whose name it now bears. In many ways, its history hints at the element of change in life and the need to accommodate those changes both through good and bad times. It is an important metaphor for those now privileged to marry under its splendidly lit and vaulted ceilings. 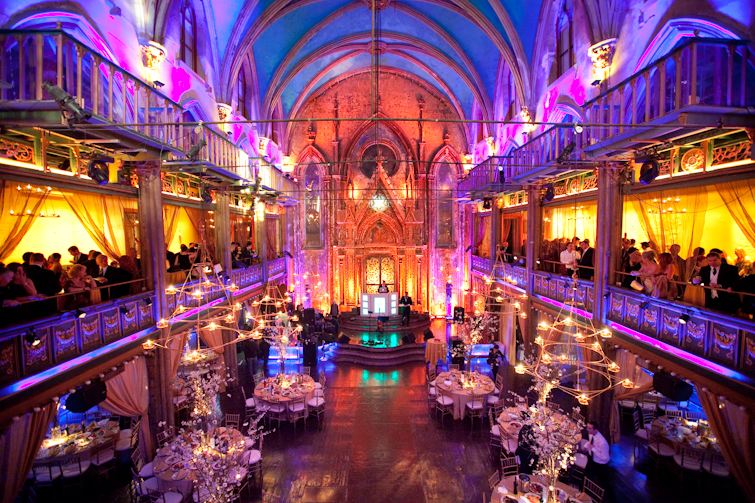 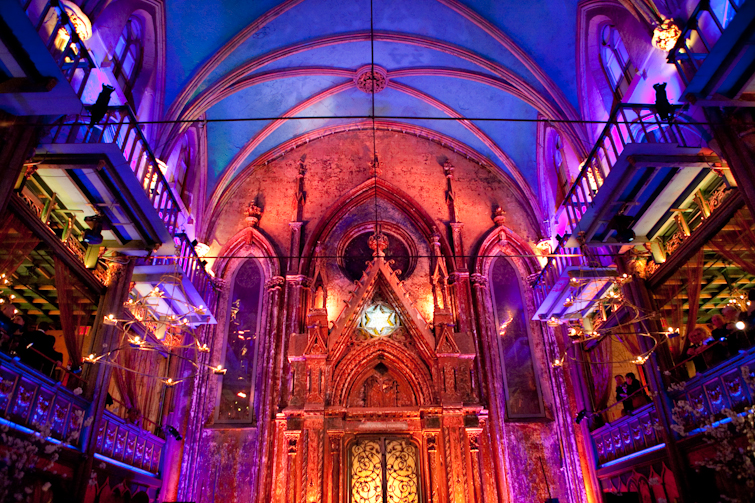 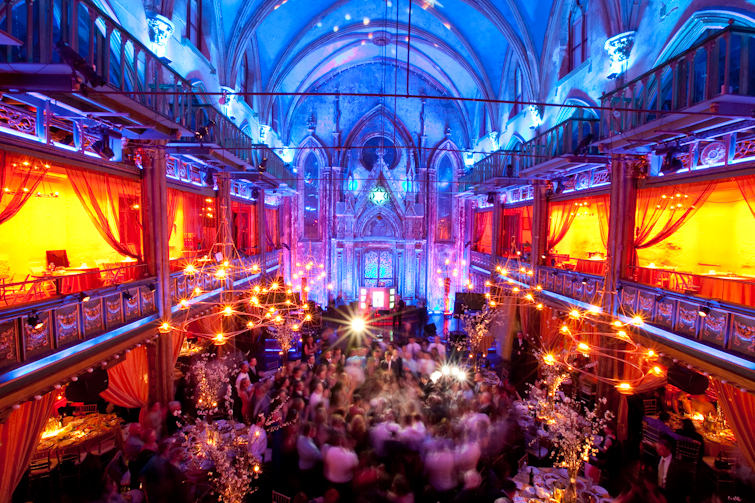 The magnificent Beaux-Arts Court was recently renovated and provides a splendid and majestic setting, replete with stunning chandelier and arches, for celebrating. There was an inescapable air of sophistication, sipping champaign and walking amidst some of the Museum’s finest paintings- Monets, Picassos and Renaissance masterpieces.

The Brooklyn Museum, one of the largest and most comprehensive art museums in the country, is an extraordinary venue located in the heart of Prospect Heights, Brooklyn. The spaces provide stunning, one-of-a-kind backdrops  wedding ceremonies and receptions.

The building was designed in 1893 during the City Beautiful movement, and shares the Beaux-Arts tradition with other architectural gems such as the Grand Central and the New York Public Library. Such grandeur is undeniably inspiring.

The interior features tall Corinthian columns, and beautiful ceiling, and a beautiful glass skylight. Combined with its limestone exterior, featured beautiful pilasters, columns and pediment with sculptures by Frederick Macmonnles, Capitale is easily one of the most beautiful buildings in the city.

The magnificent Classical Revival building  is located in NYC at the intersection of Broadway and W. 36th Street in Midtown Manhattan. The grandeur of the building was complemented by a spectacular design and dramatic lighting. There is an unmistakable sense of romance upon entering this turn of the century ball. The old inscriptions on the granite wall which beckon  passersby to invest for their future (since this was once the home of the Greenwich Savings Bank) suggests the metaphor that when entering this building to be married, that is exactly what one is still doing- making their single most important investment in each other.

Check out some weddings I shot at Gotham Hall:

This beautiful and artistic place has a very interesting story behind its creation: “Dating from 1909, the same year the Queensboro Bridge was built, the Metropolitan Building was first an electrical parts factory. Seventy years later it was long vacant and in a sad state of disrepair.
In 1980, Eleanor Ambos, who had a successful antique furniture rental business in Manhattan, bought the building for storage space and to accommodate a variety of artisans to set up their studios and workrooms.”

If you are looking for a unique place to get married in- the Metropolitan building has so much to offer- it really is a different kind of space
with three floors of antique furniture, mirrors, and plenty of windows for natural light. Each floor creates a different, shifting ambiance
which really inspires creativity as a photographer. I couldn’t stop taking pictures even for a minute.

Check out this wedding I shot at The Brooklyn Museum:
Alicia & Joel | The Metropolitan Building, Long Island City Wedding