I love witnessing and experiencing different wedding traditions. There is so much meaning, history and symbolism rooted in these celebrations. It speaks to the great expanse of time and culture, and the generations of people that have come before us. These customs and rituals remind us of time-honored values, of the long path leading to this special moment, and our responsibilities going forward. When the the couple hails from two different traditions, it is especially wonderful. There is heightened sense of wonder and often of levity. I can also relate to this firsthand as my husband is American and had to contend with a mixed Yemenite and Moroccan celebration from my side.

The Korean wedding ceremony symbolizes the joining of two families. The Paebaek ceremony was originally intended as the way in which the bride could pay her respects to the groom’s family, with whom she traditionally lived after the wedding.

The first order of the day is when the the bride and groom, in a private room, get dressed in traditional ceremonial attire. The bride ties her silk belt or daedae around the Hanbok, which generally consists of a skirt and shirt. The bride will also wear what is called a Wonsam, which is the elaborate topcoat with flowing sleeves. The outer garment is crafted with red silk and the inner is usually blue. There is elaborate stitching and embellishments, notably gorgeous flowers, which symbolize nobility, wealth and longevity. The bride then has three red circles painted on her face, one on each cheek and another on her forehead. These are traditionally meant to ward off evil spirits.

The Korean groom wears three main articles of clothing, which I have to mention if nothing else than the beauty of their names: the paji (wide baggy pants), the cheogori (loose shirt) and dalryeongp’o (the jacket). Korean brides also wear white socks and silk shoes, which resemble the shape of a boat, while the groom sports Mokwha, a simple pair of cloth boots.

Tributes of respect are of prime importance. The parents are suitably seated at a table filled with a bounty of edibles and tea. The bride and groom will bow deeply towards them and then kneel to pour tea. As they drink, the parents impart words of wisdom and advice or wishes for the bride and groom’s future.

I especially adore, as almost everyone does, the throwing of the date (girls) and chestnuts (boys). The bride tries to catch as many as possible in her skirt, and according to legend, the number signifies how many children she will have. Later in the evening, the bride and groom are supposed to eat the dates and chestnuts caught. There are so many great photo opportunities in a Korean wedding. Especially when, as a public show of strength and support, the groom carries his new bride around the table. In some weddings, the groom also carries around the bride’s mother-in-law as a thank you for the raising of her daughter and his new bride. 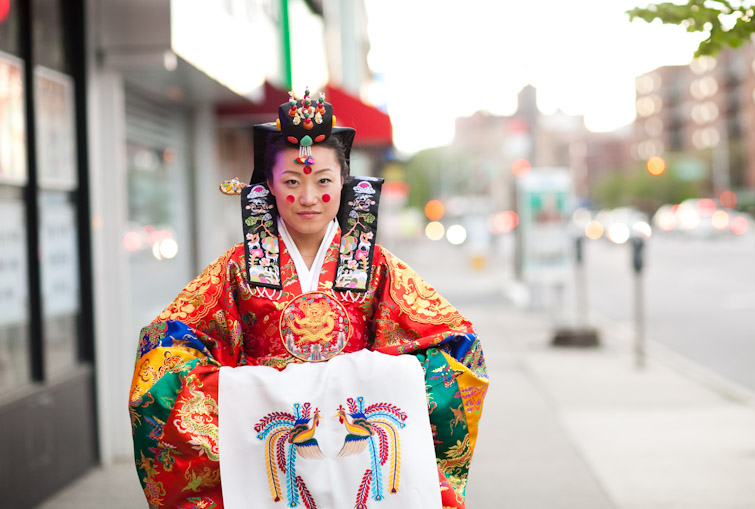 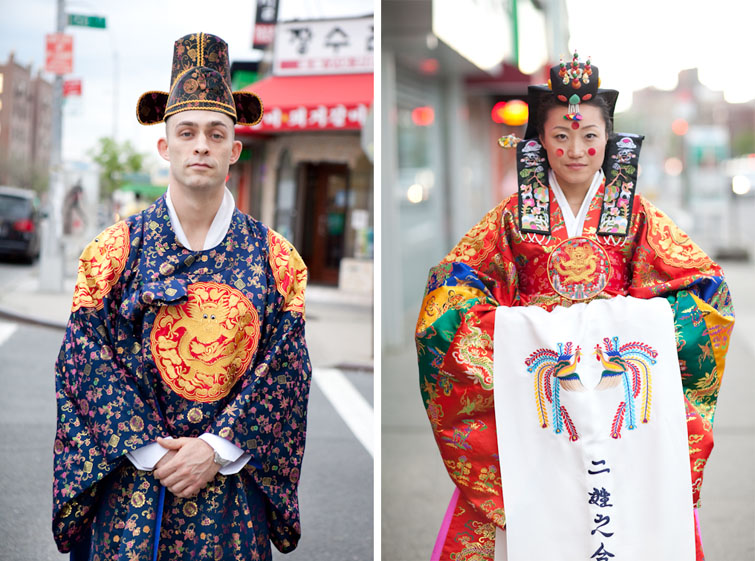